SB 1176 establishes a requirement that would enable the DFPI to evaluate the mortgage lending of financial institutions, creating greater equity in the financial industry.

California Reinvestment Coalition Executive Director Paulina Gonzalez-Brito testified before the California Senate Budget and Fiscal Review Committee on Wednesday in support of SB 1176, a bill that would bring greater scrutiny to financial institutions and prioritize the needs of underserved communities in markets for financial services. The bill passed 7-0, with two votes not recorded.

If enacted, SB 1176 establishes a requirement that would enable the Department of Financial Protection and Innovation (DFPI) to evaluate the mortgage lending of financial institutions in an effort to monitor whether these institutions discriminate or exacerbate existing harm of low-to-moderate income communities and Black, Indigenous and People of Color communities. The bill was amended in late March after it was introduced by Sen. Monique Limón (D-Santa Barbara) earlier this year. 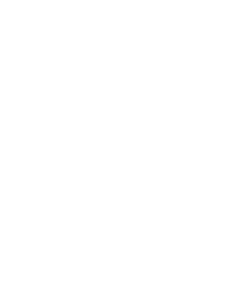 “What we have seen time and time again is serial harm to BIPOC communities and neighborhoods. While white Californians were buying houses … [BIPOC communities] were being denied the same opportunities. We are more likely to be renters and more likely to be harmed by displacement,” Gonzalez-Brito said, noting the median wealth gap between Black and white families is 12 cents per $1 of white wealth, and 21 cents per $1 of white wealth for Latine families.

Commenting on the bill, Sen. Steven Bradford (D-Gardena) said state legislators should be “putting some teeth into getting [financial] institutions to do the right thing.”

Deborah Gore-Mann, CEO and President of The Greenlining Institute, also testified in support of the bill.

Urging support of the bill, Gonzalez-Brito summed up its need by saying, “We don’t have the luxury of slow-rolling a correction for generations of harm. BIPOC families are struggling every day to hold on.”

The bill now moves to the California State Assembly Judiciary Committee for a vote on Tuesday, April 26.