Get to know the 2022 Equitable Futures Awards Honorees 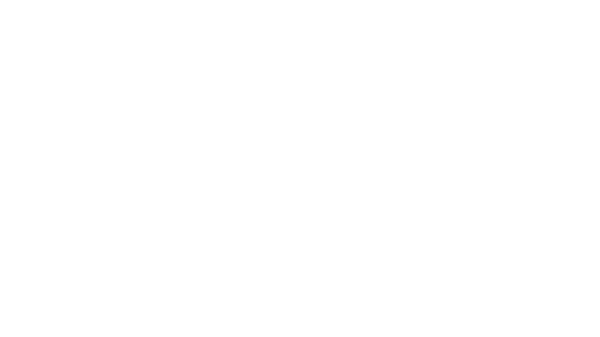 An attorney who has represented California’s low-wage and agricultural workers against powerful agri-business actors despite political consequences. A collaboration of tenants’ unions that staged a successful rent strike against one of San Francisco’s most powerful corporate landlords. A nonprofit alliance that partnered with a California legislator to establish a new retail banking option for unbanked and underbanked Californians. These are just a few examples of the seven impactful individuals and organizations who will be recognized on Sept. 22 and on Nov. 3 by the California Reinvestment Coalition at its Equitable Futures Awards celebrations.

For more than two decades, CRC has recognized community leaders and organizations across California that have made a positive impact in their local communities with service awards. The awards and subsequent celebrations were known as the Community Hero Awards in past years. The award celebrations have been on hiatus since 2020 due to COVID-19. This year, the celebrations return with a new name and two new award categories.

The Equitable Futures Award is presented to organizations whose body of work has either helped redistribute wealth to Black, Indigenous and People of Color and working-class communities or led organization and mobilization campaigns to create an equitable economy.

The Alan Fisher Economic Justice Award is CRC’s highest honor. The award is presented to an individual that embodies the spirit of Alan Fisher, CRC’s founding director who advocated tirelessly for working-class families, communities of color, and small-business owners. Fisher stood at the forefront of bank accountability work, taking on some of the nation’s most powerful corporations in his nearly three decades with CRC.

Here are this year’s honorees:

For over 40 years, Jose Padilla, Executive Director of California Rural Legal Assistance, Inc., has championed rural legal advocacy for BIPOC and low-income California families. CRLA, a nonprofit law firm that provides free legal assistance to over 43,000 low-income Californians and impacted communities in 24 of California’s 52 rural counties, passed the executive torch over to Mr. Padilla after he worked as a staff attorney and then as CRLA’s El Centro border office Directing Attorney for six years.
Born and raised in the Imperial Valley, Mr. Padilla’s passion for immigrant and farmworker rights began after he graduated from Stanford University and worked with Campesinos Unidos and the United Farmworkers. His work at CRLA began after he graduated from Boalt Hall School of Law at UC Berkeley. Since then he worked to pass California’s Migrant Education Law and the Immigration Reform and Control Act of 1986. At CRLA his advocacy helped create new legal aid programs for Indigenous, LGBTQIA+, and sexually harassed farm worker women.

Mr. Padilla announced his retirement in June, and plans to continue providing insight and support at CRLA as Executive Director until December.

Since 1979, the Housing Rights Committee of San Francisco (HRCSF) has been counseling and organizing with San Francisco tenants throughout the city and in all types of rental housing. HRCSF runs a tenant counseling program out of three offices (Mission District, Bayview, and Richmond District) to provide tenants with the tools to exercise their rights and defend their homes. HRCSF has organized with tenants to form landlord-specific and neighborhood-specific tenant associations across all types of rental housing, including private-market housing and subsidized housing.

The Veritas Tenants Association (VTA) is the tenant-led organization of renters living in buildings run by Veritas Investments, the largest private landlord in San Francisco and one of the largest multifamily investment firms in California. The VTA represents a membership of more than 1,000 tenants across SF, Oakland, the City of Alameda, and Los Angeles. In 2021, VTA members engaged in an unprecedented debt strike which inspired SF’s recently enacted “Union-At-Home” ordinance. This law, the first-of-its-kind in the country, extends collective bargaining rights to SF tenants, creating a new legal framework for tenants to organize and negotiate with their landlords on more equal terms.

Since 2010, Chancela Al-Mansour has worked as the Executive Director of Housing Rights Center, the largest nonprofit housing rights center in the United States that provides free legal counseling to over 20,000 California families every year. HRC reaches tenants who are seeking housing rights education, eviction protection and legal assistance through free weekly workshops and online resources.

In 2007, Ms. Al-Mansour was awarded the California Lawyer’s Super Lawyer Award and LA’s Pro Bono Service Award for her work in providing legal assistance to Hurricane Katrina evacuees in Los Angeles. Before serving as HRC’s Executive Director, Ms. Al-Mansour worked for 16 years supervising the Homelessness Prevention and Rapid Re-Housing Program at Neighborhood Legal Services of Los Angeles County. Over the course of her career as a fair housing attorney, she has litigated hundreds of cases involving tenant discrimination, familial status, landlord-tenant and mortgage fraud. She has served on LAHSA’s Ad Hoc Committees on Blacks Experiencing Homelessness and Women Experiencing Homelessness, and as a Los Angeles City Commissioner for Children and Family Services, and is currently a member of the Black Women’s Lawyers Association of Los Angeles.

Ms. Al-Mansour is currently a board member for both the National Fair Housing Alliance and the California Reinvestment Coalition.

Since 2014, Assemblymember Miguel Santiago has represented the 53rd California Assembly District, which covers Koreatown, Downtown Los Angeles, Boyle Heights and other surrounding localities. Raised by immigrant parents, his initiatives have helped propel the well-being of working-class Californians forward by securing millions of dollars to fight homelessness and environmental passing legislation like AB 19 and AB 2 to combat community college tuition fees, supporting and co-authoring laws that protect Dreamers and DACA recipients, authoring AB 1177, and championing AB 857, the Public Banking Act of 2019.