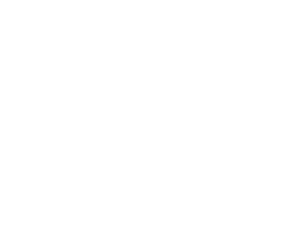 Los Angeles- CA-June 9, 2015—Today, a statewide coalition called on federal regulators to investigate a disproportionately high number of OneWest Bank foreclosures occurring in communities of color in California.The analysis was based on foreclosures processed since April 2009, when the failed IndyMac Bank was purchased by billionaire investors and renamed OneWest Bank.

Kevin Stein, associate director of the California Reinvestment Coalition, explains: “We’re calling for an investigation because this analysis raises serious red flags. We’re concerned about the extent of the harm imposed on California communities by OneWest foreclosures, and by the extent to which this harm is concentrated disproportionately in communities of color. OneWest’s mortgage servicing has been widely criticized and these data increase our concerns that bad servicing practices may have had an outsized impact on communities of color. These are issues that need to be carefully investigated by the regulators, especially given OneWest’s proposed merger with CIT Group. Is foreclosure the main way in which OneWest relates to communities of color? And how many more OneWest foreclosures will we see, knowing that an estimated $1.4billion in FDIC loss share payments may still be paid to the bank to cover the costs of future OneWest foreclosures?”

Nelly Boets, a widowed homeowner in Anderson California, who is facing foreclosure by Financial Freedom,a OneWest subsidiary, comments: “It’s disturbing to look at these maps and to see I’m not the only one being foreclosed on. The possibility of losing my home if my husband passed away was never part of the conversation when we got a reverse mortgage, yet that’s what’s happening to me right now.”

Sharon Kinlaw, executive director of the Fair Housing Council of San Fernando Valley comments: “After foreclosing on almost 8,000 homes here in LA County, how can OneWest Bank say with a straight face that they’ve been a good community partner or that this merger is going to somehow help our communities? Foreclosing on families meant billions in profits for the billionaire owners of OneWest, but it came at the expense of families who were thrown out of their homes.”

The concentration of foreclosures in communities of color is in addition to other fair lending concerns that advocates have previously raised with regulators about OneWest Bank, including:

3) Foreclosures on widows: OneWest’s reverse mortgage servicing subsidiary, Financial Freedom, has a troubling track record with quickly moving to foreclose on surviving heirs (most often women and seniors) after the death of a borrower. At a February Federal Reserve hearing, surviving spouses and other surviving family members cited multiple problems with Financial Freedom, including that foreclosure alternatives are not shared with heirs, heirs are given mixed messages and inaccurate information, and homeowners and other heirs are notable to speak with a single point of contact as Financial Freedom racks up foreclosure costs.